Standing in Solidarity with Our Asian Siblings: Sahar Alsahlani 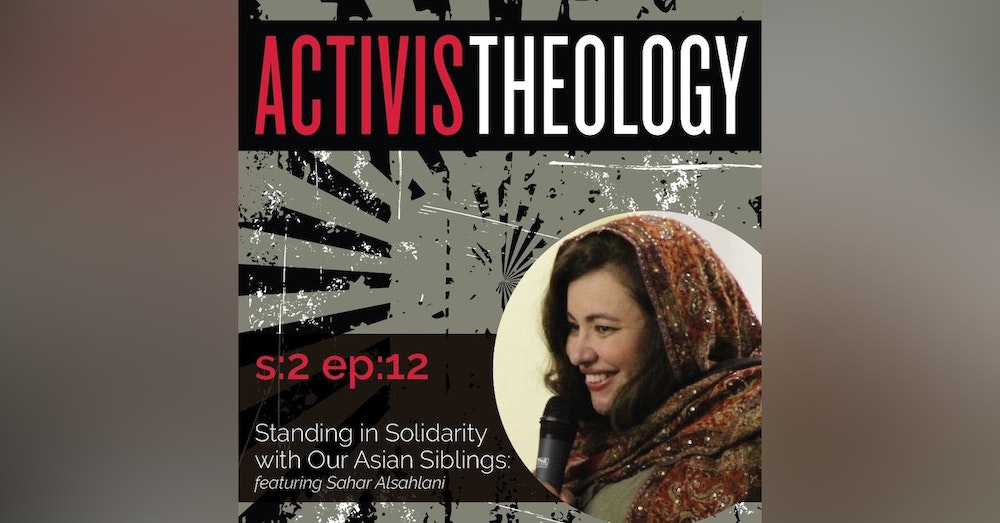 Sahar Alsahlani is an interfaith peace activist with a background in television and radio broadcast media and entertainment. Amplifying the voices, and sharing the stories of, individuals and communities who champion for justice inspired by their moral or religious convictions is her passion. This Iraqi-American Muslim has always been active in pursuing the studies and correlations of communications as it relates to engagement in faith-based advocacy, inter-religious dialogue, peace-building, and the theory and practice of nonviolence.

Determined to pursue a path for social good, Sahar made a life-changing decision to move to New York City and leave behind a successful career in Los Angeles. Having worked for many years as a television writer, producer and editor, her various projects included productions for USA Broadcasting, Warner Bros. Entertainment, FOX, Paramount, the American Forces Network, and Discovery ID.

Sahar’s constant quest for social justice has led her to become active with Islamic and interfaith advocacy organizations. Intersectional, faith and moral based, movement and coalition building for peace, conflict resolution, reconciliation, and justice, is where Sahar feels most at home.

Relaying this work, through the media, to the masses and inspiring others to join in her goal.

Sahar’s field work has taken to her various parts of the country with regards to various rapid response initiatives in solidarity with other US faith leaders.

Along with serving on the board of the North American Interfaith Network, Sahar is a member of the Executive Council of Religions for Peace, USA; the Board of the Council on American-Islamic Relations-NY; and has contributed to the faith-based outreach of the revived Poor People’s Campaign: A National Call for Moral Revival. Sahar is a Fellow at GreenFaith, and serves on the Steering Committee for the Interfaith Moral Action on Climate Change, both interfaith organizations dedicated to climate justice. Sahar has also served as a former Co-Chair of the Fellowship of Reconciliation, USA. Sahar is currently part of an international multifaith community, the Community of Living Traditions, which is geared towards the study of, practice and principles of peacebuilding and nonviolence.

A sought-after speaker and media commenter, Sahar has appeared on MSNBC, “The Today Show”, National Public Radio among other platforms, To have Sahar come speak, lead a workshop, or consult for your project or media event, please contact us at bookings@saharalsahlani.com

To be in touch with Dr. Robyn: robyn@activistheology.com or @irobyn

To be in touch with Rev. Anna: anna@activistheology.com or @unholyhairetic